There is no unique scientific classification key for roses. Some are spontaneous, while others are the result of human hybridization activities. In general, three large groups of roses are considered: wild roses and their hybrids, old roses and modern roses.

The wild (botanical) species have been present on our planet for over four million years. They have bushy and climbing forms that can rise well over ten meters. In spring they are covered with very abundant small, simple flowers usually 5 petals.
In our country there are about thirty species. I am often used in medicine. The most common are: Rosa canina, Rosa glauca, Rosa pendulina (or Rosa alpina).

Ancient roses differ from modern ones in that they already existed before 1867. They are certainly characterized by the strong scents that distinguish them from modern hybrids. They generally have only one flowering and this occurs earlier than modern roses (March-July period). In autumn, old roses take on variegated colors in both foliage and berries. They are generally hardy and quite large plants.

Modern roses are the most numerous, those that are given in bunches with long stems, recognizable by the classic conical and swirled bud, and by their re-flowering. There are large-flowered varieties, which bear single showy flowers, or floribunda varieties, that is, rich in large clusters of smaller and open flowers, generous in color for the flower beds.

Roses, for their scent, have earned the affection of man since ancient times, as shown, for example, by the frescoes in the domus of ancient Pompeii.

Already in the fourteenth century the Dominican friars of Santa Maria Novella cultivated medicinal plants, including roses, in order to prepare and sell medicinal remedies such as rose water.

The rooms of the B&B are named after four beautiful old roses. 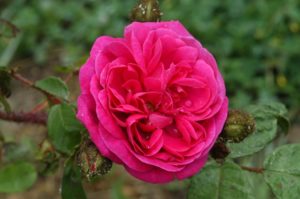 Small shrub with a compact habit. The bright green foliage fears powdery mildew (a plant disease caused by fungi), but the re-flowering that lasts until autumn compensates for this negative aspect. The flowers are very double and arranged in a perfect rosette. The color is dark crimson and purple. 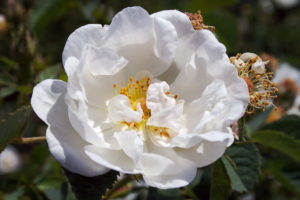 This incredible rose is the oldest among the ancient garden roses; it is assumed that it was also cultivated by the Romans. This rose was most likely the emblem of the House of York in the War of the 2 Roses. It forms a tall, erect bush that bears double white flowers, slightly pink when opening. Very fragrant. 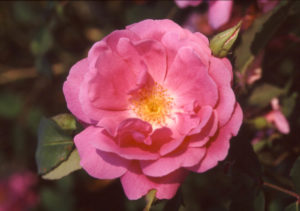 It forms an upright shrub which, throughout the season, bears cupped flowers of a transparent pink. Very fragrant and very remontant. This rose was named after Queen Victoria and is considered the emblem of Victorian beauty 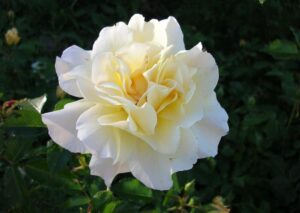 The TEA rose is a perennial shrub native to China, with a bushy habit that can reach a height of two meters, with deciduous leaves. The flowers are quite large and can grow alone or in groups of two to three. As with other roses, tea is also very fragrant.