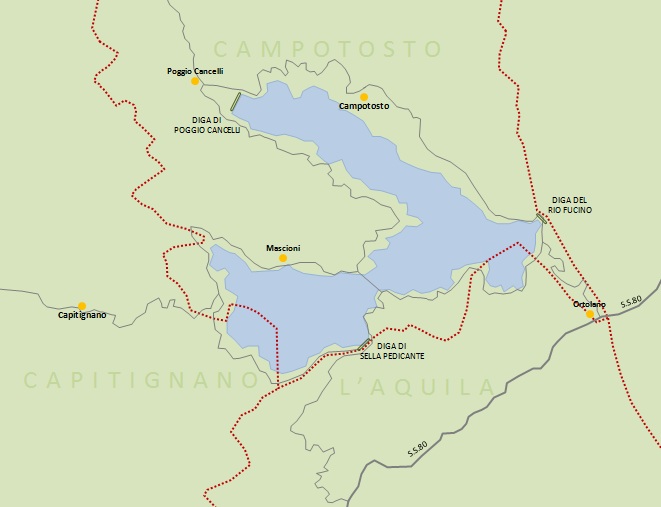 THE LAKE OF CAMPOTOSTO

Lake Campotosto is the largest artificial lake in Abruzzo, located entirely in the province of L’Aquila, between the towns of Campotosto (from which it takes its name), Capitignano and L’Aquila.

Situated at an altitude of 1,313 m above sea level, with a surface area of 1,400 hectares and a maximum depth of between 30 and 35 metres, it is part of the Gran Sasso and Monti della Laga National Park. A section of the great Gran Sasso horse trail passes through here.

The reservoir flooded the peat bed that supplied local industries with fuel. In fact, until the early decades of the 20th century peat was extracted from the bottom of the lake and, to facilitate transport, a cableway was built to take the extracted material to the Capitignano station. From here the transport was linked to the national routes by the L’Aquila-Capitignano railway, which was built specifically for this trade. With the construction of the artificial lake, mining was abandoned.

The creation of the lake, which took place at the turn of the 1930s and 1940s, was made possible by the construction of three dams, viz:

The difference in height of about 300 metres allows the Provvidenza hydroelectric power station to be supplied, located at the lake of the same name (to the south, in the municipality of L’Aquila) as well as the two more distant power stations of San Giacomo and Montorio (to the east, in the municipalities of Fano Adriano and Montorio al Vomano respectively, in the province of Teramo). The energy that can be produced annually by the three hydroelectric plants is about 600 GWh.

It has been hypothesised that the construction of this reservoir may have modified the climatic conditions in the area, contributing to the rise in average temperatures. 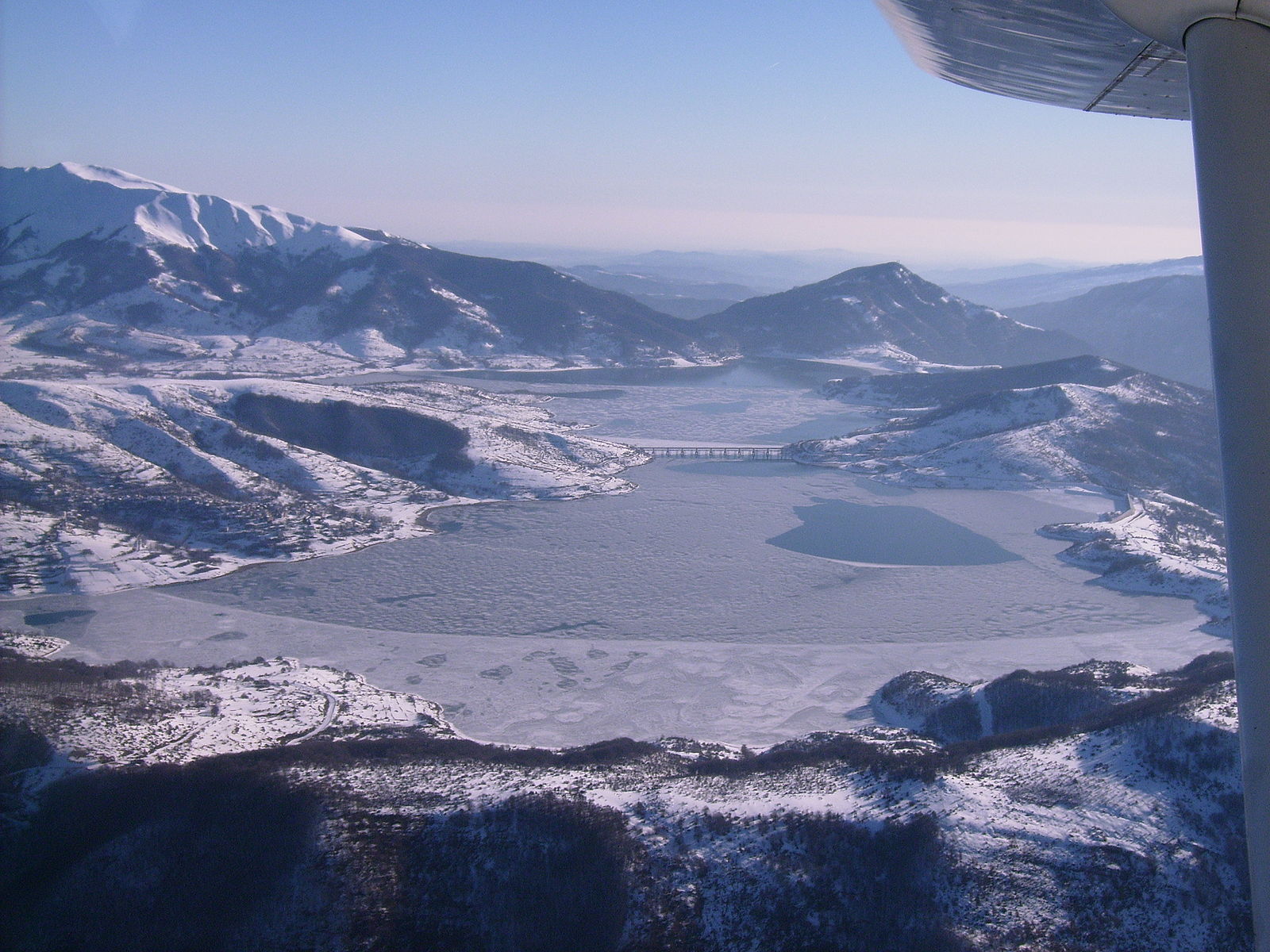 The lake, entirely included in the Gran Sasso and Monti della Laga National Park, is surrounded by rich and lush vegetation with meadows and woods that take on a thousand shades of colour and is a destination for sportsmen and tourists, especially in the summer season. Motorized boats are not allowed on the lake.

The main attraction is the lakeside promenade, which, being almost flat, lends itself well to cycling. The route extends for just over 40 km and, also by means of a road bridge at the narrowest point of the lake (adjacent to the old Ponte delle stecche), provides a spectacular view of the whole basin, linking the various towns and the southern and northern shores.

Other frequent activities are jogging, trekking and especially horse riding. The latter is well-developed thanks to Campotosto’s inclusion in the Gran Sasso bridleway itinerary for a total of about 300 km equipped.

In the water, it is also possible to windsurf, kitesurf and kayak.

The entire area is protected by a State Nature Reserve, part of the Gran Sasso and Monti della Laga National Park, for its landscape and naturalistic value. The Reserve’s ecosystem is favourable to migratory birds such as the rare and fascinating Grey Heron, the Great Crag (symbol of the Reserve), the Mallard and the Great Crested Grebe. A characteristic feature is the presence of large numbers of wild ducks, coots and pochards in the winter months. The fish species currently present in the lake are: whitefish, brown trout, rainbow trout, tench, tench or roach, and barbel.

On 05/01 every year, in Campotosto, people go around the village singing “Notte Silente” to celebrate the arrival of the Befana on 06/01.

On 17/01, the feast of Saint Anthony, the custom of singing is repeated throughout the village to pay homage to his arrival.

Typical of the area are the “Mortadelle di Campotosto” (which are commonly called Cojoni di Mulo because of their shape). They are made from lean pork meat minced with various flavourings and with a small piece of pork fat in the centre, which guarantees their tenderness and preservation.

Another important dish in Campoto customs is Ciciaregli, a legume soup with a chickpea-shaped paste of water and flour.

The waters of the lake feed the operation of the Provvidenza hydroelectric power station. One of the largest GREEN POWER STATIONS in Italy with over 530 GWh of average annual production (which corresponds to the average annual consumption of about 200,000 households and 318,000 tonnes of CO2 avoided from fossil fuels). 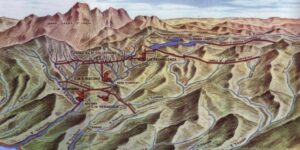